2nd match between India and New Zealand is played in Eden Park, Auckland yesterday. Next and final T20 match will be played on 10th Feb 2019 at Seddon Park, Hamilton.

Rohit Sharma scored 50 in 29 balls, Rishabh Pant scored 40 runs in 28 balls not out, Shikhar Dhawan scored 30 in 31 balls and MS Dhoni scored 20 in 17 balls not out. Daryl Mitchell, Lockie Ferguson and Ish Sodhi each grabbed 1 wicket. 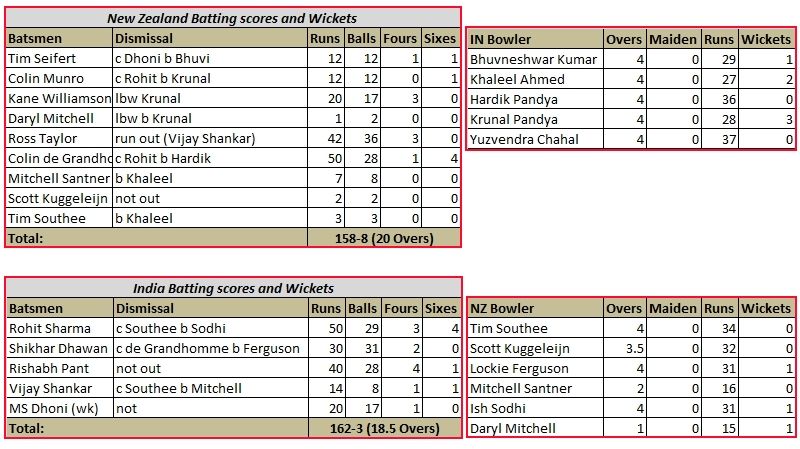 Please let us know your views in comments – Whether 2nd T20I win is Victory for Indian Cricket Team or Survival in the T20I Series !!!

The Central Board of Film Certification launches new Logo and Certificate...

Airports Authority of India to launch Seaplanes in the Northeast

Show HN: ResMaps – See who is viewing your resume are...